Calibra Marine International is proud to be the distributor of Fisher Yachts, St Francis Catamarans and Adagio Trawler Yachts.

Since we launched in 1997, we have been involved in selling several upmarket, premium brands of sail yachts, including Tartan Yachts (built in the USA), Fantasi Yachts (built in Sweden) and Nordship Yachts (built in Denmark). Other brands include Island Gypsy, Faroe, and Clipper Marine Trawler Yachts.

Calibra Marine Equipment is our distributes and supplies division, offering high-quality yacht and marine equipment to the boat builders, trade, and retail markets.

The Fisher seems to have been around forever. In fact, the story of this classic motor-sailer began in 1969 when naval architects David Freeman and Gordon Wyatt set out to fill what they saw as a gap in the market. They aimed to design a motor-sailer with equal performance under both sail or motor.

The formula was key to the Fisher’s early success. In the sixties, many yachts were described as motor-sailers but most had large engines and small rigs. They motored well enough but the sailing characteristics left a great deal to be desired – until the Fisher came along.

The rest is history. Over a thousand Fishers have been built and they can be seen all over the world, tucked up in harbours after a long passage or pottering along the coast.

Currently, there are three models at lengths 25, 34, and 37 feet. All the models have a trawler-style wheelhouse which gives them the appearance of working boats.

Adagio Yachts produces a great range of quality and affordable sea-going trawler yachts, which are Cat A and B compliant from 40’ to 67’, with a choice of two versions.

The Europa/Europa LBC (low bridge conversion) offers a large cockpit on the same level as the saloon with a panoramic pilothouse. You’ll also have a flybridge for navigating and relaxing, space for dinghy stowage and a sundeck/sundeck LBC (low bridge conversion), which boasts a spacious aft-cabin with a centre line bed, a central deck for relaxing and stowage leading to the flybridge.

With a spacious saloon, an internal steering station, and a great galley and bar, entertaining comes easy on this yacht. 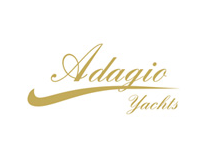 The St Francis 50 MKII is the most recent and largest model in the range of catamarans built by St Francis Marine. In every respect, she continues to display the fine styling, seaworthy lines, and versatility of choice of the interior layout expected of this brand.

The designer, Angelo Lavranos, has taken the opportunity to improve on the renowned performance and ease of handling enjoyed by owners of the St Francis 48. The new design offers improved speed, reduced transom immersion and disturbance, better overall motion characteristics, better looks, and bigger platform space. The additional buoyancy in the sterns also allows for a bigger tender to be lifted and stored with the davit system. ​

The St Francis 50 is a sophisticated yacht with all the modern conveniences of a home, yet she is a passage maker at heart, capable of crossing oceans at an average of 200-plus nautical miles per day, and continues to prove her construction integrity and seaworthiness. 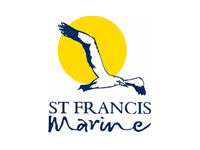 Our success is experience and trust